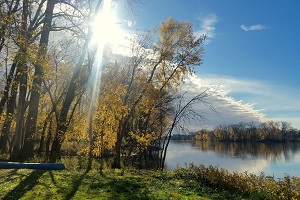 Ramsey is a suburb 22 miles (35km) NNW of downtown Minneapolis in Anoka County, Minnesota, United States.  It is a northwest suburb of the Twin Cities.

U.S. Highways 10 / 169 (co-signed) and State Highway 47 are two of the main routes, and a station on the Northstar Commuter Rail line to downtown Minneapolis is located in Ramsey. Ramsey was named for Alexander Ramsey, first Territorial Governor of Minnesota. According to the United States Census Bureau, the city has a total area of 29.79 square miles (77.16 km2), of which, 28.81 square miles (74.62 km2) is land and 0.98 square miles (2.54 km2) is water. Ramsey borders the cities of Andover, Anoka, Nowthen, Oak Grove, Dayton, and Elk River.

See the list of senior housing in Ramsey below. 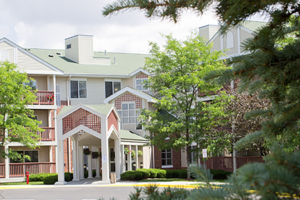 Independent Living for Seniors in Ramsey Unlock the door to your new apartment home surrounded by a cozy neighborhood outside and a friendly sense of family within. Sitting on a hill of rolling green grass, Savannah Oaks of Ramsey is…